Get the Latest Conference Updates

The concept of Intrusion Detection Systems (IDS) was introduced in 1987 by Dr. Dorothy Denning in a paper titled “An Intrusion-Detection Model.” The paper describes systems that “aim to detect a wide range of security violations ranging from attempted break-ins by outsiders to system penetrations and abuses by insiders.”

From the concepts laid out by Dr. Denning, the three-tiered detection model was created. 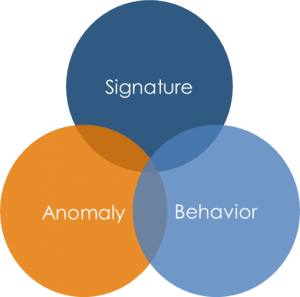 Signature detection is great at catching known attack types. It can identify packets connected to a specific malware family or SQL injection attack. When given adequate data and specific signatures, this approach can be very accurate in detecting known exploits.

Starting Over with IoT

The Internet of Things (IoT) resets the clock on intrusion detection. Anomaly data feeds behavioral data which feeds signatures. As toasters, refrigerators, cars and defibrillators get DHCP leases, the baseline of “normal” begins to bend and morph in new ways. While there is wisdom in our current knowledge of intrusion detection, much of what we know is based on human->endpoint->network models. IoT presents a new model of endpoints communicating directly with each other for diverse purposes.

Using Network Behavioral Anomaly Detection (NBAD) (see: History of NBAD) is critical to understanding the new communication models and their impact on legacy network traffic. The foundation of monitoring the Internet of Things is accepting that traditional concepts of normal are not sufficient. There is a need to analyze evolving traffic patterns in IoT to build a new set of signatures and behavioral checks to handle the risk posed by an ultra-connected world.

Please enter your email address and press the submit button to select the industries you would like to receive updates for.

You have Successfully Subscribed!